Today is my Dad’s 80th birthday. 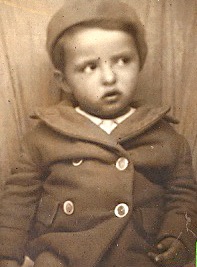 My father exaggerates more than anyone in the universe. No exaggeration!

My father has a new shoulder and two new knees. Who would have thought sitting in a recliner could be so hazardous?

My father has the same answer to every question. That answer is “no”. If you want a different answer, ask my mother.

My father mispronounces everyone’s name. If your name

ends in an ‘s’ or ‘z’, he will omit it. If it doesn’t, he will add it. When LeBron joined the Miami Heat, he became Lee Brown.

Every morning my father goes to a diner or coffee shop for breakfast. He orders scrambled eggs, sliced tomatoes, rye toast and black coffee. If I am not with him, he slathers the toast with butter. He knows places where he can get all this for $3.99. He is usually the youngest person there.

After breakfast he runs his daily errand. Each day of the week is for a different errand. On Mondays, he goes to the bank. On Tuesdays, he gets gas in

On most days, after his daily chore, my father goes to see a doctor even if there is nothing wrong. He likes to talk to the receptionists and nurses. He does not understand that “How are you?” is a greeting. He thinks it is a request for his medical history. When you see him, just say 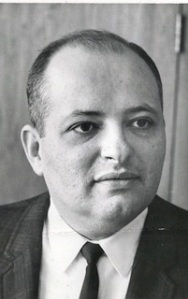 When my father goes to the bank, he goes inside so he can talk to the teller. He is afraid of the ATM.

Some days he plays golf with my mother. See Golf Lessons. Usually he goes early to get a free bagel. After he is done, he goes into the men’s locker room to bring home a cupful of free mixed nuts.

My father gets a new pair of shoes every year at the Veteran’s Hospital. They are beige and have velcro straps instead of laces. He doesn’t care what they look like. They are free.

My father still reads a newspaper. It confuses me when we talk because he is always a day behind.

The last piece of technology that my father mastered was the TV remote control. He thinks a computer is called a ‘Google’ and everything that you do on it is called “googling”. Every year when we visit, we change the CD’s in his multi-disk CD carousel so he can listen to a few different Andy Williams or Frank Sinatra albums.

My father is like an M&M. Hard on the outside, but soft and sweet on the inside. My mother loves M&M’s. 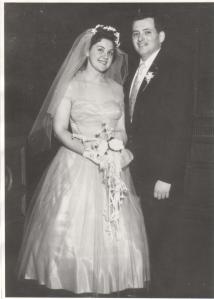 Today my father is walking around Savannah, Georgia spending his 8oth birthday looking at old houses and learning about history. He hates walking and old things. He makes up his own history.

My Dad loves my Mom.

This entry was posted in Ruminations and tagged Humor, Musings, Parents. Bookmark the permalink.